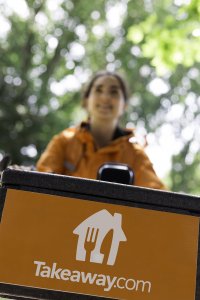 In our previous article ‘Investing in Dutch Tech companies: Takeaway’ we took an initial look at Thuisbezorgd.nl after going public. Now a year later the Dutch food delivering company, active within Europe, has released their annual report for 2017 with their latest key performance indicators. It has also released their Q2 2018 Trading update.

Within this article we will look through some interesting facts mentioned in the annual report and we will wrap it up with our opinion about the company’s future.

The Dutch food delivering company, started in 2000, is active in The Netherlands, Germany and other European countries like Belgium and Austria. It recently acquired existing businesses in Eastern Europe. It provides an online platform where customers can order food directly from the restaurants they love. Thuisbezorgd.nl also provide delivery services (staff and material) for companies who do not have their own. The company is directly competing with Foodora and Uber Eats.

The amounts are mentioned in thousands of € 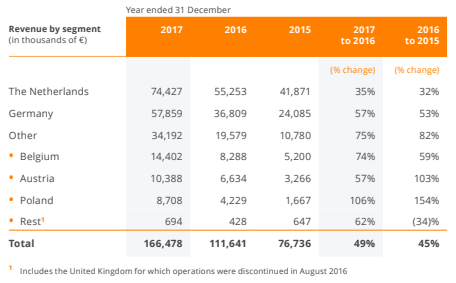 Furthermore, will be looking at the overall results of the company. The values mentioned are in thousands. 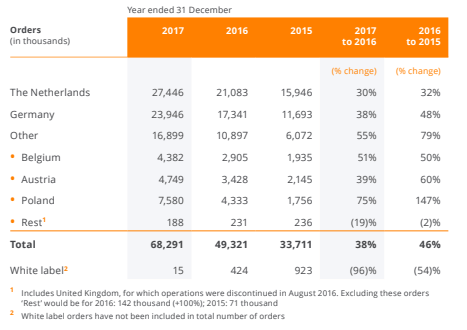 Total restaurants available on the platform

Also, the number of restaurants using Takeaway.com increased slightly with 14%. The overall increase was from 28,787 to 32,929.

The stock price has increased from €23 to roughly €48 since its initial release during the end of September 2016. 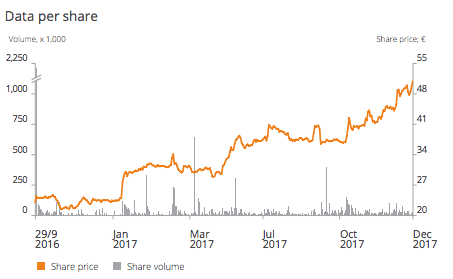 For surviving in this high competitive market, the first step would be gaining market leadership. Sustainable profitability is only achievable from a position of market leadership. Take-away.com needs to be on top of their customers mind for brand awareness.

We believe that this Dutch company has a really good chance at securing this goal as a leader within the European market and is also a good option for investment.